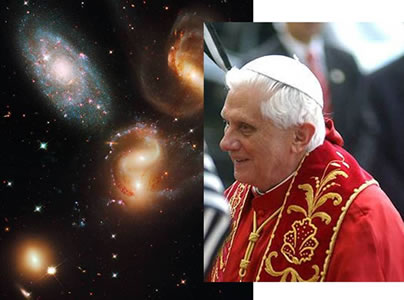 A recent symposium was summoned by the Vatican bringing in the world's top scientists in the fields of astro-astronomy, particle physics, and quantum physics. Their purpose is to discuss the origin, current, and future status of quantum physics as it relates to the full spectrum of charged particles. From the smallest known particle known as galactic cosmic rays, to mid-size particles known as gamma rays, to the largest particles which come in the form of (Solar) solar flares, coronal mass ejections, and coronal holes.

The element which connects all above is in fact "charged particles." What the Mayans call the "5th element or new element" of which some text refers to as "Ether", is the same as what Christians call "Holy Spirit", what the Chinese call Chi, the Japanese call Ki, the Indians call Prana and what Luke Skywalker calls "the Force".

The final step in this equation which is expected to be announced in the coming months - is the acknowledgement identifying the particles emitted from deep within our galaxy, does in fact have a tangible causal effect on all living things here on Earth - including "humans". 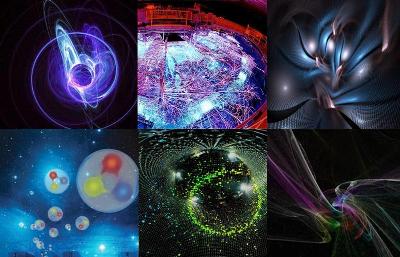 Hence, the summoned appointment of scientists from Russia, India, US, Europe, and Asia gathered at the Vatican to unify a theory which appears to encompass all ancient wisdom with today's modern science.

"In the last century, man certainly made more progress - than in the entire previous history of humanity. Scientists do not create the world; they learn about it and attempt to imitate it, following the laws and intelligibility that nature manifests to us. The scientist's experience as a human being is therefore that of perceiving a constant, a law, a logos that he has not created but that he has instead observe. In fact, it leads us to admit the existence of a rhythmic causation which is not made by the hand of man, and which sustains the universe. This is the meeting point between the natural sciences and religion. As a result, science becomes a place of dialogue, a meeting between man and nature and, potentially, to the Creator of all."

Ancient wisdom from the Egyptians to the Mayans harmoniously tells us, "There will come a time of change - it will come from the sky - what was old is new again - it will be a 'transition' of the Earth and the Self."

Modern science has recently discovered there is truth in these words. It is the research at the CERN laboratory along of which resides the Large Hadron Collider (LHC). What I have discovered is the data released from CERN has been tailored down giving us just the tip of the iceberg of what has been discovered.

The sub-nuclear charged particle research at CERN along with new data coming from the Fermi, Plank, Wise, Chandra, and Cassini spacecraft which studies all spectrums of cosmic rays, have united with a single message. What happens in the Ether - has a determined effect on us - 'humans'. 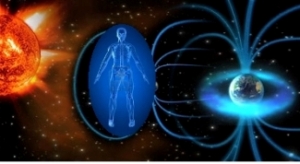 So how do charged particles from space have an influence on us humans on Earth? Good question - and here's the answer. It is ushered in via the Earth's magnetic field which triggers magneto-receptors which resides in our DNA. Humans and animals have a Cryptochrome gene which acts as a steering device telling us 'which way is up', it also provides a type of navigation which often coincides with magnetic lay-lines. . In addition, the Cryptochrome gene provides us with a "Circadian" rhythm. This is an approximate 24-hour cycle in our biology, biochemical, physiology, and behavioral processes.


All galaxies are permeated by magnetic fields - including our own galaxy Milky Way. The origin of galactic magnetic fields is yet to be discovered; however, new research suggests our galaxy (Milky Way) possesses a dynamo at its core in the very same way the Earth and the Sun produces its magnetic field. 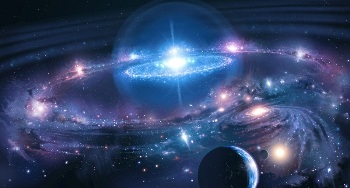 A new map of the Milky Way produced by scientists at the Max Planck Institute (MPA) which used a method known as the Faraday Effect. The new map reveals the structure of the galactic magnetic field in both large-scale and small-scale features that provide information about turbulent eddies or rotating channeled flows of charged particles in the galactic gas. 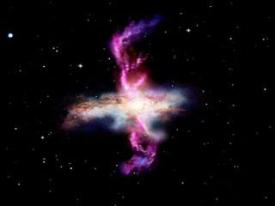 It is this "galactic gas" made up of charged particles which could be funneled in various directions which may have an effect on solar systems including ours. What is being referred to as the galactic dynamo produces cosmic magnetic fields. Therefore, as with all dynamo theories, a pole reversal would apply. What a pole reversal looks like on a galactic scale is unknown. 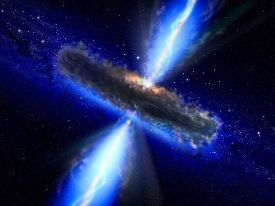 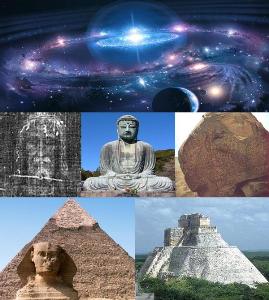 I believe it is the science of magnetically charged particles which will be the instrument of which our ancient ancestors of "all" tribes passed down over hundreds and thousands of years in various forms of ancient text. "It will come from the sky" - and I assert it will come in the form of charged particles - not only from the Sun, but from our galaxy itself. It is my belief science has caught-up (perhaps 90%) with ancient wisdom. I would say it is entirely plausible - we are the generation which will witness the joining of the two worlds. One world of inherent (perhaps innate) wisdom (old) - and one world of modern (learned) science (new). 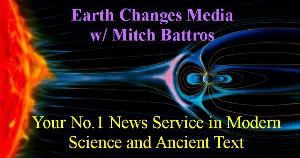