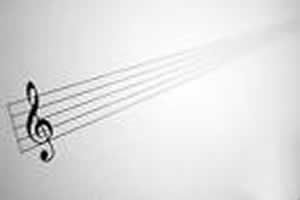 "Beloved students, I speak to all tonight, through their Higher Mental Bodies - to every student in America and the world these words: To the degree that you come into this great calm Poise and hold yourselves undisturbed by any condition whatever about you, do you lend Us that Almighty Power to spread throughout the mental and feeling world of mankind and render the service so needed at this time. To the degree that you allow your feelings to become disturbed, are you serving the forces of destruction.

"My dear ones, don't let any student in the land say to Me: 'I cannot maintain self-control.' That is an acceptance of human qualities which is out in the future! DON'T EVER LET YOURSELVES VOICE WORDS THAT YOU DO NOT WANT TO HAVE MANIFEST IN YOUR WORLD. No matter what occurs in your experience, still stand by the Power that - 'I AM the Power of Self-control in this body, in this feeling world! Mighty I AM take out anything less than Your Ascended Master Power and see Thy Self-control is sustained.' Your Higher Mental Body stands ready to sweep out every condition in your feeling world with its cause, effect, and record, and set you free now! With Our Assistance, why not accept your Higher Mental Body now in the fullness of Its Power? Do not waste hours and days in questioning about this being done.

"Oh, the Freedom that is filling the feeling world of the students throughout the land! You would scarcely believe - through the number in this room tonight - the service that you have rendered. Oh, my dear ones, I think it would not be well to state mathematically just what was done - you might might feel quite puffed up. Do you not understand what it means with any and all harmonious efforts upon your part? Know that your Higher Mental Body is constantly ready, waiting, and has been all these centuries for this opportunity to release Its Powers. Remember, what you have seen manifest through the physical form is but a fragment of what is going on in the mental and feeling world because Perfection must come there first."