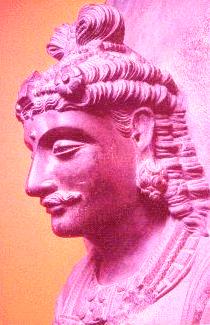 " . . . In everyone's progress on the Path, at times Great Waves of Light and Love, Wisdom, and Power are released from Us — Myself, Other Ascended Masters and Cosmic Beings; in, through, and around an individual's Life Stream, to fan the Light which is struggling to take Its Dominion through the human form. When a certain amount of that Out-pouring has gone forth from Us, then We must wait and watch and see to what degree the individual absorbs and uses It and makes It his or her own for a greater Expansion of the Light.

"After a certain amount of effort, We watch and when the individual's own conscious command of the Forces and Powers of his or her own Life has brought them forth to a certain point, that one is ready for the next Wave of Power to be released. Then We must stand aside and withdraw all Assistance! As the individual passes through certain experiences, We must observe just how much strength is within that one's own Light and how much there seems to be a wavering or uncertainty.

"That is when the initiations take place, and sometimes when your struggles seem great, sometimes when you seem alone, you are passing through a time of that sort; so don't be discouraged but rather know that one day, you must stand alone with your "I AM Presence" and know all of Its Mastery, all of Its Power, all of Its Powers and let them rule through your human form to render Service to Life while you are yet here.

"The more you stand with your "I AM Presence", depending completely upon It, the more does the Cosmic Light permit Us to assist you; and many times We use Powers for your Protection that would make you gasp could you see Their Action at the Inner Level! Many times when you are going through fierce experiences and you seem to think it is about all you can stand, remember your "I AM Presence"! Whenever a feeling of loneliness comes over you, whenever there is a feeling of struggle or lack of the accomplishment you would desire, turn back to your Presence; reach your arms up and hold It to yourself and say to your Presence: 'COME INTO ME AND ABIDE FOREVER! WALK THE EARTH THROUGH ME AND DO THAT WHICH IS YOUR DIVINE PLAN! HOLD ME IN YOUR HEART! KEEP ME AT PEACE AND MAKE ME YOUR VICTORY OF LIGHT TO ALL FOREVER.' If you will do this instead of even for an instant entertaining a feeling of self-pity or loneliness; or sometimes a sense of discouragement, when you think you are not making as much progress as you would like to, you will gain your Victory! The moment those qualities attempt to register, jump into the Arms of your Presence again and say: 'HOLD ME IN YOUR HEART AND MAKE ME ALL THOU ART!' With a few moments intense devotion and adoration to that Glorious Being, which you are, the clouds of those testing times will pass you by and the strain will not seem so great. When you have found the Happiness of loving your "I AM Presence", fill you with that Power of Mastery and the Conquering Majesty of your Victory, then again will We release through you another Wave of Light, to lift you into the next step higher. . . . "