The Miracle at the Freedom 1974 Conference in Spokane 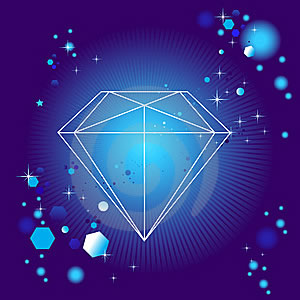 It was late June 1974. After having experienced an awesome series of absolute Miracles in answer to my every Call to the Almighty Infinite Presence of All-Enfolding Love and Life, my Beloved Mighty I AM Presence and Higher Mental Body, and the Beloved Ascended Masters, since October 1972, I decided to ask for one final Miracle. I was always impressed with the Miracle of Our Lady of Fatima on October 13, 1917. I decided to ask for a similar Miracle that would be seen at the upcoming July Conference that was being held in Spokane, Washington by The Summit Lighthouse. I believed that an awesome Miracle that would be seen by all attending would strengthen their Faith in the Instruction of Beloved Ascended Master Saint Germain and the Other Great Ascended Masters for the rest of their lives!

So I called to Call to the Almighty Infinite Presence of All-Enfolding Love and Life - the Great "I AM", my Beloved Mighty I AM Presence and Higher Mental Body, and Beloved Ascended Master Saint Germain to have a spectacular sky Miracle that would enfire everyone's Faith in the Ascended Master Teachings forever. Then on July 5, 1974, the entire five day Freedom 1974 Conference was almost over and still there was no Miracle. I again called for this Miracle, and promised that this was the last time I would ever ask for such a public Miracle again.

In the Dictation from Archangel Michael, which was the concluding Dictation of the Conference, He stated that we had been granted a Miracle by the Mighty I AM Presence in the Great Central Sun, because of our Faith! The Dictation concluded but I did not see any Miracle (we were after all inside the College Auditorium). As the Conference closing ceremony concluded, Sean Prophet ran in the back door of the auditorium calling for people to come outside and see something extraordinary!

High in the sky - DIRECTLY OVER THE COLLEGE PROPERTY - was a giant Sword of White Light alternating with a giant Diamond shape symbolizing the Dazzling Diamond-Shining Mind of God - with radiating rays of pink, then blue radiating rays, then yellow radiating rays; then all of them simultaneously! THIS WAS UTTERLY AN AWESOME SIGHT - just like in the Biblical movie recreations of Miracles! Almost one thousand people were outside watching this, some lying on their backs taking in the whole sight, others laughing or crying with joy! I was looking for my parents to ask them what they thought. They were absolutely sure it was a Sign from Almighty God that we had been in the right place at the right time. Although I did not think of looking at my watch and timing this entire Miracle Manifestation, it seems to me that it lasted at least a half hour! Newspapers across the nation, including as far away as Chicago, wrote of the "unusual" Aurora Borealis display that appeared over the Whitworth College site in Spokane, Washington! 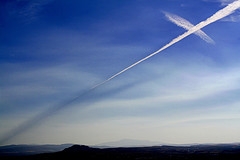 "Just one more particular Miracle I would like to remember here. I'm sure many others remember it too. It was at a Conference in Spokane, Washington, in 1974, the year the World's Fair was held there. The Conference was held on the campus of Whitworth College, not far from the fairgrounds. The last Dictation was from Archangel Michael, and He said that we 'hadn't seen the last of Him yet.' Afterward we all stood in a large circle holding hands and singing Auld Lang Syne, as was customary at the end of a Conference.

"While we were singing, Sean came rushing into the room and called for us to hurry outdoorsthere was something he wanted us to see. Hurrying out, we looked up into the sky and there was an enormous Cross or Sword of White Light hanging in the night sky right over the conference building. Indeed we hadn't 'seen the last' of Archangel Michael yet! What amazed me most was that while we were all excitedly watching the phenomenon, a police car drove up. The policemen had seen the light from the fairgrounds and had driven over to see what was going on!

"These are only a few of the wonderful things I have seen and experienced in the last twenty-five plus years. When one sees the laws of God in action as demonstrated by the Messengers and the Masters, there cannot be the least trace of doubt remaining concerning God's great care for his universe and the never-ending service of the Great White Brotherhood to our yet-evolving and struggling souls on Earth.

"This letter is too long already but there is one recent event I would like to mention. A short time ago I had been reading a plea from the Masters for more Violet Flame decrees. With this on my mind, I stretched out on my bed for a moment and all of a sudden I seemed to be taken up in a great flood of Violet Light, a whole world of Violet Flame.

"As I looked down upon my body, I could see that the cloud of Violet Flame seemed to be emanating from my mouth. It looked like the balloons used in comic strips to indicate speech. For a moment I was connected to an endless universe of violet flame. 'So that's the color of the Violet Flame', I kept thinking. I know now there is enough Violet Flame to save the world if we will only make the calls.

"I hope these little experiences will give a glimpse into the many reasons that I am wholly devoted and eternally grateful to our beloved Messengers and to the Great White Brotherhood for all they do to help their unascended brothers and sisters."

That class was truly one of Miracles! There was a Dictation by Archangel Michael in which He announced:

"I come with a Scroll that is the final Release of Light from the Lords of Karma, from the Four and Twenty Elders and from the God Star. The text of the Scroll is brief. It reads:

"'Inasmuch as the faithful have gathered in the Northwest to receive the Light of the Father and of the Holy Spirit, so we proclaim as the Father-Mother God a sealing action upon those souls who have journeyed here, who have given of their Light and their Love, and We proclaim a Dispensation of Faith, of Protection, in the sealing of the third eye in the Diamond of God's Will.

"Immediately after the Dictation, Sean came in and exclaimed that we should all come look at the sky. As we gathered outside looking up  about 800 of us  we saw, some 300 to 400 feet above the auditorium, a large cloud continuously enfolding itself with beautiful light rays of varying colors shooting out in all directions as if from a huge diamond."