Retreat of the Elohim of the Seventh Ray 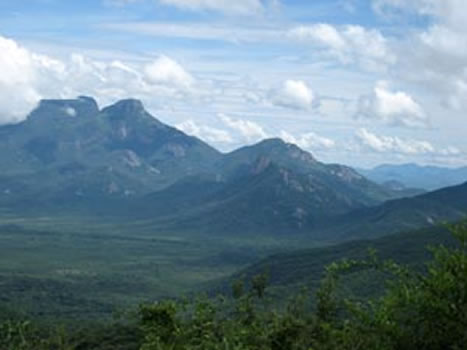 The Retreat of Arcturus and Victoria, the Elohim of the Seventh Ray of God's Freedom, is on the etheric plane near Luanda, Angola, Africa. This Elohim Retreat focuses the focuses the Violet Ray and the energies of the Seat-of-the Soul Chakra for the Earth. Mighty Streams of the Electronic Force of Divine Freedom are radiated to the entire Earth from here. Purple and Pink Flames of Mercy, Transmutation and Forgiveness are also released for the entire planet. In every Retreat of the Elohim, there is a Focus of the Sacred Fire that is maintained at all times.

Although congruent with the mountains, this Retreat of Arcturus and Victoria is in the etheric realm. It conveys the impression of a massive fortress, and occupies approximately four city blocks of space. The large towers at both of the front corners are reminiscent of the Tower of London. These towers are large and round, made of rough purple stone having the appearance of velvet, with levels that are above the top story. Within these two towers are anchored the personal Flames of Arcturus and Victoria: the Purple of Arcturus to the left, the Violet and Pink of Victoria to the right as one faces the front.

Entering through the front entrance in the center, one enters the Great Hall, which is two stories high and is finished with stone that is of a highly polished purple and white color. There are twenty-four pillars equally distributed in the hall. The ceiling is a darker shade of purple, while the floor is a lighter shade. In the center is a Focus of the Violet-Purple-Pink Flame. It is of an intensely brilliance, yet gentle in radiation, as it saturates the entire hall.

At the second-story level of the Great Hall is a balcony. Both above and below, one can enter chambers where Council meetings are held under the direction of the Elohim. The Council Chambers also have vibrant purple hues. There is an audience room with thrones for Arcturus and Victoria that are composed of a purple crystalline substance, one darker than the other. The conference table and chairs, which nearly fill the room, are of a violet-colored marble.

Other locations where Arcturus and Victoria have established a Focus of the Sacred Fire (but not Retreats) are over the South Pole, the Pyrenees Mountains, Australia, Siberia, Victoria Island in northern Canada, and the southern tip of South America.