What is the Truth about the Illuminati? 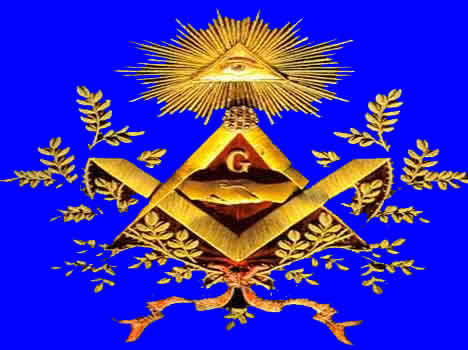 Clarity and Accuracy are Necessary

Various proponents of "conspiracy theories" have attempted to distort and misrepresent real Freemasonry and the authentic Knights Templar that were dedicated to the Glory of God, and in Service to the Great Presence of the "I AM" in all of Life! Great confusion has especially been perpetuated when the term "Illuminati" has been used.

"Illuminati" means "Enlightened Ones" and had originally referred to those individuals who devoted themselves to Divine Wisdom and Christ Illumination, such as the Ascended Masters and the unascended members of the Great Brotherhood of Light (also called the Great White Brotherhood). Such individuals have accepted for their Life experiences the Directing Intelligence and Illumining Presence of the Mighty "I AM". In many of the Theosophical writings of the 19th century, the term "Illuminati" was used according to its purest and original definition. However, in today's common parlance, this term is usually used by conspiracy theorists to refer to the "psuedo-Illuminati". 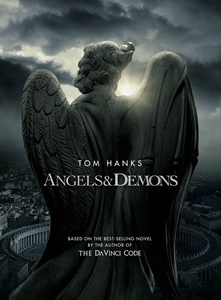 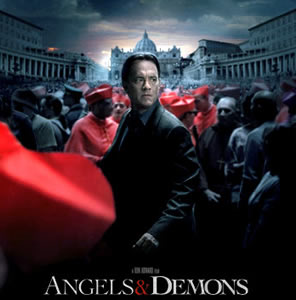 These "psuedo-Illuminati" consider themselves a "Global Elite" who know what's best for the world. They want to build a socialistic, utopian society of Anti-Christ in the place of the Kingdom of Heaven This involves the manipulation of forces of selfishness and hatred - often apparently very opposite to outer stated goals. Manipulation of men with atheistic and damning concepts of dialectical materialism may be attempted at the same time as manipulation of extreme hateful "Islamic" fundalmentalist terrorists (who are betrayers of the true religion of Islam) - as well as "Christian" fanatical extremists.

"Psuedo-Illuminati" have infiltrated major global banks, multinational companies, drug companies, global media, armament companies, the world market in hard drugs, the security services and institutions of governments. They are allied with the "Black Brotherhood" which is composed of the forces of greed and every force of tyranny. This would include the evil terrorist activities, operations, networks and funding of foreign terrorist organizations based in Africa, the Middle East, and central and southeast Asia.

This may also include Al-Qa'ida, which participated in the attack on America and Freedom on September 11, 2001 (along with those behind the scenes who may have seen this as an opportunity to further their own ends). Al-Qa'ida has an operational reach that stretches around the globe, and has been successful at maintaining a high level of security and secrecy. Yet Al-Qa'ida as an umbrella organization, is but one group within a network of radical Islamic groups that stretches from Cairo to Manila, from Kabul to Algiers. Terrorist groups and operatives are based in Europe, Africa, Asia, and America.

The "psuedo-Illuminati" want a world government and army, a world currency and centralised global financial dictatorship and control. They want micro-chipped people and a society based on constant surveillance of all kinds at all times. And they want a frightened, docile, subservient, people who give their power away to the authorities who can save them from what they have been manipulated to fear. The establishment of a one-world government has been called the "New World Order" and now "Global Governance". Of course in the drive to control all the people and resources on the planet, they also enrich themselves along the way.

These "psuedo-Illuminati" are motivated to pursue human power and domination at all costs. They have entrenched themselves in the governments and financial institutions of the world. They are not usually connected by outer organizational ties or bloodlines, but are merely "connected" by their lower human consciousness motivations.

Not Connected with Freemasonry

The "psuedo-Illuminati" are not connected with Freemasonry, and they were discredited by Freemasonry even during the lifetime of George Washington. Inspired by the materialistic infiltrators of Freemasonry in European countries back in the 1770s, they are erroneously pointed to by conspiracy theorists as the cause of all modern ills throughout the world.

These men who organized this undesirable movement became acquainted with the fact that in the Rosicrucian Order there was a division or a section of the work referred to as the Illuminati, or in other words, the "Illuminated Ones". They tried to establish their "Illuminati" in America in order to survive, but were unsuccessful.

Freemasons considered it to be an undesirable movement because it eventually proved to be purely political and of a destructive rather than constructive nature. It never had any connection with the Illuminati of Rosicrucianism and no connection with any part of Freemasonry despite the claims that were made for it. It is only another illustration of how the good name of some other organization can be wrongly adopted.

Adam Weishaupt (1748 - 1830) was a Bavarian professor of law at Ingolstadt University in Germany, and a former Jesuit. On May 1, 1776 he founded an organization that he named the "Illuminati" and recruited the first brothers from among his students. This order, originally called the Society of Perfectibilists, was divided into an intricate system of graded classes and degrees of initiation. Members observed strict oaths of secrecy and obedience to superiors, with secret confessions and mutual surveillance.

Like the Jesuits, the Illuminati brotherhood was run on military lines. Members were requested to surrender individual judgment and will. Like earlier secret societies, Weishaupts Illuminati promised to reveal an ancient wisdom. Higher and more powerful secrets were promised to those who progressed up the ladder of initiations. Initiates worked in small cells. Knowledge was shared between cells on what modern security services call a need to know basis. The members were told that this was because this newly re-discovered knowledge was so dangerous.

Weishaupt joined the Freemasons in 1777, and soon many of the Illuminati followed, infiltrating the Freemasonry Lodges. They quickly rose to positions of seniority. From a description of the rituals and ceremonies of Weishaupt's Illuminati organization, it is evident that every feature and every phrase of the ritual and instructions is so entirely different from anything found in Freemasonry, or in Rosicrucian work, that there can be no mistake in associating the two.

In 1785 Bavarian authorities seized Illuminati writings which revealed that the ancient secret wisdom and the secret supernatural powers promulgated within the Illuminati had always been a cynical invention and a fraud. An aspirant progressed through the grades only to discover that the spiritual element in the teachings were merely a smokescreen. Spirituality was derided, spat upon. Jesus Christs teachings, it was said, were really purely political in content, calling for the abolition of all property, of the institution of marriage and all family ties, all religion.

Finally it was whispered in the candidates ear that the ultimate secret was that there was no secret. In this way he was inducted into a nihilistic and anarchistic philosophy that appealed to the candidates worst instincts. Weishaupt gleefully anticipated tearing down, destroying civilization, not to set people free, but for the pleasure of imposing his will upon others.

Weishaupts writings reveal the extent of his cynicism: " . . . in concealment lies a great part of our strength. For this reason we must cover ourselves in the name of another society. The lodges that are under Freemasonry are the most suitable cloak for our high purpose." Following the discovery of these writings, the order was suppressed  but too late.

The aim of Weishaupt and his co-conspirators was to set up a society run on purely materialistic grounds, a revolutionary new society  and the place where they would test their theories, they had decided, would be France. By 1789 there were some three hundred lodges in France, including sixty-five in Paris. According to some French Freemasons today, there were more than seventy thousand Freemasons in France. The original plan — as inspired by Saint Germain — had been to uplift the French people with Hope and the will for change, but the lodges had been infiltrated to the extent that it has been said that the program put into action by the French Constitutional Assembly in 1789 had been put together by German Illuminati in 1776. Danton, Desmoulins, Mirabeau, Marat, Robespierre, Guillotin and other leaders had been illumined by Weishaupt's infiltrators.

When the king was slow to agree to further reforms, Desmoulins called for an armed uprising. Then, in June 1789, Louis XVI tried to disperse the Assembly and called his troops to Versailles. Mass desertions followed. On July 14, 1789 an angry mob stormed the Bastille. Louis XVI was executed with the guillotine in January 1793.

In the anarchy that followed, France was threatened from within and without. The leaders of the Freemasonry lodges took control. Soon many of their number were accused of being traitors to the Revolution  and so began the Terror.

At its height, the Illuminati operated throughout a wide area of Europe. It is said that Weishaupt's real aim  hidden from novices at the outer rings of his group  was to replace Christianity with the worship of reason and to establish a world government through which the Illuminati would rule the world. The group was outlawed by edict of the Bavarian government in 1785. The bad reputation of Weishaupt's Illuminati unfairly tarnished popular opinions of Freemasons in general.

"Power Elites" in the 21st Century

Some authors have claimed that the Illuminati have continued to exist after 1785. Some of today's so-called "power elites" have used the "Illuminati" name as a modern day smokescreen. However, that should not cause us to lose sight of the true purposes of Freemasonry. Do not fall into the trap of blaming the Freemasons and the extinct Illuminati. That's what the "power elite" want us to do.

"The real history of Freemasonry is arguably more interesting than all the tales woven about it."
- U.S. News & World Report