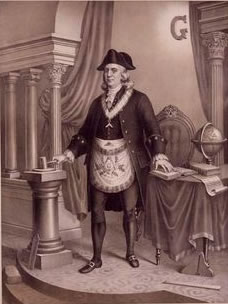 Benjamin Franklin as a Freemason

I believe there is One Supreme most perfect Being, Author and Father of the Gods themselves.

Also, when I stretch my Imagination thro' and beyond our System of Planets, beyond the visible fix'd Stars themselves, into that Space that is every Way infinite, and conceive it fill'd with Suns like ours, each with a Chorus of Worlds for ever moving round him, then this little Ball on which we move, seems, even in my narrow Imagination, to be almost Nothing, and my self less than nothing, and of no sort of Consequence.

When I think thus, I imagine it great Vanity in me to suppose that the Supremely Perfect, does in the least regard such an inconsiderable Nothing as Man. More especially, since it is impossible for me to have any positive or clear Idea of that which is infinite and incomprehensible, I cannot conceive otherwise, that He, the Infinite Father, expects or requires no Worship or Praise from us, but that he is even INFINITELY ABOVE IT.

But since there is in all Men something like a natural Principle which enclines them to DEVOTION or the Worship of some unseen Power;

And since Men are endued with Reason superior to all other Animals that we are in our World acquainted with;

Therefore I think it seems required of me, and my Duty as a Man, to pay Divine Regards to SOMETHING.

I CONCEIVE then, that the INFINITE has created many beings or Gods, vastly superior to Man, who can better conceive his Perfections than we, and return him a more rational and glorious Praise. As among Men, the Praise of the Ignorant or of Children, is not regarded by ingenious Painter or Architect, who is rather honour'd and pleas'd with the Approbation of Wise men and Artists. 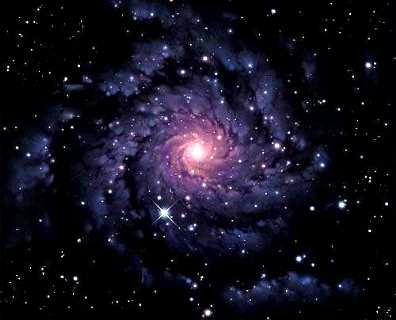 It may be that these created Gods, are immortal, or it may be that after many Ages, they are changed, and Others supply their Places.

Howbeit, I conceive that each of these is exceeding, wise and good, and very powerful; and that Each has made for himself, one glorious Sun, attended with a beautiful and admirable System of Planets.

It is that particular wise and good God, who is the Author and Owner of our System that I proprose for the Object of my Praise and Adoration.

For I conceive that he has in himself some of those Passions he has planted in us, and that, since he has given us Reason whereby we are capable of observing his Wisdom in the Creation, he is not above caring for us, being pleas'd with our Praise, and offended when we slight him, or neglect his Glory.

I conceive for many Reasons that he is a good Being, and as I should be happy to have so wise, good and powerful a Being for Friend, let me consider in what Manner I shall make myself most accepted to him.

Next to the Praise due, to his Wisdom, I believe he is pleased and delights in the Happiness of those he has created; and since without Virtue Man can have no Happiness in this World, I firmly believe he delights to see me Virtuous, because he is pleas'd when he sees me Happy.

And since he has created many Things which seem purely design'd for the Delight of Man, I believe he is not offended when he sees his Children solace themselves in any manner of pleasant Exercises and innocent Delights, and I think no Pleasure innocent that is to Man hurtful.

I love him therefore for his Goodness and I adore him for his Wisdom.

Let me then not fail to praise my God continuously, for it is his Due, and is all I can return for his many Favours and great Goodness to me; and let me resolve to be virtuous, that I may be happy, that I may please Him, who is delighted to see me happy. Amen.