The Keeper of the Scrolls 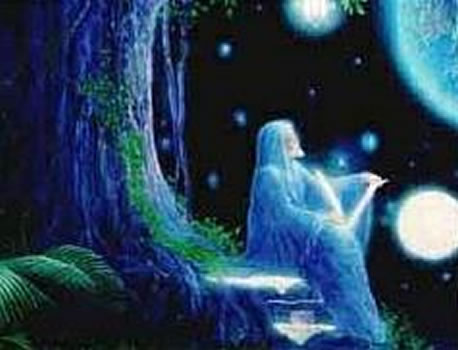 
The Scales of Justice are Accurate!

" . . . An awesome responsibility is Mine, the responsibility of recognizing the Perfection of God and knowing nought else but the Perfection of God, and then observing the action of imperfection in mankind which I must immediately forget. My position might be considered unique, and yet it is not. It is a necessary function which comes under the auspices of the Cosmic Christ of this Planet. For, of cosmic necessity, under the Laws of Karma by the direction of the Karmic Board, each man must be weighed in the balance to determine for each lifestream what God-Direction, what Virtue, what precious Power, what Energy, and what returning Karma shall fall upon each lifestream in any given year or hour of the day or night. All of this must be tempered by the Great Law of Mercy.

"And, as Keeper of the Scrolls, I want to tell you that I have an awesome responsibility! Fortunately, the Eternal Father has given Me many able assistants. I AM here to tell you that there is not one jot, not one tittle of Energy that passes through any one of your lifestreams which is not recorded on the Eternal Scrolls. Fortunately, by the Power of the Sacred Fire and the Love of Beloved Saint Germain, there has been established a special qualification of the Cosmic Law, whereby those who use the Violet Fire faithfully have an erasing action which takes place on the scrolls; and through the action of the Flame, their Karma is removed almost as soon as it is created. . . . "

" . . . Each time there is a removal and transmutation of Karma, a temporary record is made of it. If individuals will continually persist in repeating the same offences against the Great Cosmic Law over and over again, there comes a time where actions are called to the attention of the Lords of Karma. Then a specific activity of the Law is brought to bear upon the lifestream whereby all of their Karma becomes accountable for balance. For it is absolutely necessary that mankind shall face their own human miscreations! This action is brought about in order to insure all lifestreams that they will not continually turn toward the left-hand path. It is curbing action, designed to bring them back to the Right Hand of God and to the right hand of fellowship. It is wholly an action of Divine Love. . . . "

" . . . When Beloved Saint Germain brought the Gift of the Violet Fire to mankind, it was not intended to be used in order to escape Karma. But men call upon it to forgive sins, to transmute them and then they repeat the same errors and offences over and over again. The Violet Fire is intended to be an assistance to each lifestream, to bring each one to his own Christ Victory. Yet We have noted many cases of students who have once studied the Light and then considered themselves free from the Law of responsibility and accountability through a mere change in the outer affiliation - and We have seen frightening consequences as a result, not for the world, but for the individual. . . . "

" . . . Now I know that I may not be popular in declaring to you that you cannot cheat the Great Law - but do remember! The Scales of Justice are Accurate! - and the Truth is: 'the Eyes of the Father are too Pure to behold inequity!' (5)

"As Keeper of the Sacred Scrolls, I should like to explain that I have a dual parchment for each lifestream. One is magnetized by the Sacred Fire Itself and carries the complete Life Pattern for the individual upon it. It is unalterable and irrevocable; It is the Law of Life for you. There is a smaller parchment which is placed on top of the permanent one. It is much thinner and somewhat plastic in substance. It contains the complete engramatic record of your life from the time you first came forth into individualized consciousness. Every mark of your being, every thought that you have entertained, is recorded there.

"I do not gaze upon these scrolls unless I am specifically requested to do so by the Great Karmic Board. This occurs when an assessment of a lifestream is desired in order to ascertain their opportunities or the need for temporary lowering the Karmic hammer upon them. When it, therefore, becomes necessary to make an evaluation, I assure you that I immediately turn My eyes to the Violet Fire of Transmutation in order to erase from My Consciousness at once all that is written upon the scroll by the infamy of human consciousness.

"Blessed ones, when the time comes for an individual's Karma to become altered by the Great Law of Love and he is granted his Ascension, the Law is set into motion whereby the top layer is rolled up into a scroll and is handed to Me. Then I place it as a taper into the Heart of the Sacred Fire where it is completely transmuted by the Violet Fire of Divine Mercy and Forgiveness. This top layer can never exist again; there remains only the scroll upon which is written the Law of Life for each lifestream. And, therefore, in the Eternal Records of God, there will remain only the Record of Eternal Perfection. . . . "