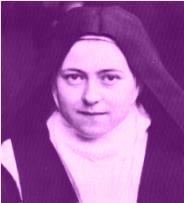 "I will spend my Heaven doing good on Earth."

"I was delighted to go forth and be an example to children and to those who must pass through the years of maturation, that they might realize, through the coming centuries of such darkness upon Earth, that it is indeed possible to escape from the descent into the byways of sensuality - that it is indeed possible to serve, to bear upon oneself the karma of the world and one's family and friends, to have a direct day-by-day contact with the Angelic Hosts - and to know Miracles, not as a common thing but as a common Gift unto all who love Him supremely. . . . " 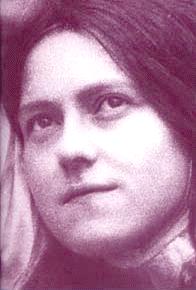 Saint Therese of Lisieux, also known as "Saint Therese of the Child Jesus" and "The Little Flower," was born Therese Martin, in Alencon, France, January 2, 1873. On April 9, 1888, at the age of 15, beloved Therese entered the Carmelite convent at Lisieux, Normandy, spending the remaining 9 years of her physical life there. Her life's mission, in the words of Therese, was "to make God loved as I love Him, to teach souls my little way" - the way of "spiritual childhood, the way of trust and absolute surrender." She passed through the change called death on September 30, 1897, at the age of 24 - consumed by tuberculosis. Her last words were "My God, I love you!"

Beloved Therese was canonized in 1925, as "Saint Therese - The Little Flower." (5)   On October 19, 1997 Saint Therese was proclaimed by Pope John Paul II to be a "Doctor of the Church" - the thirty-third Catholic Church saint to receive this title.

Beloved Saint Therese embodied the Living Flame of Love. She is now Ascended and has become One with Her beloved I AM Presence in the Victory of the Ascension. Saint Therese is now an Ascended Lady Master - a part of the Ascended Host of Light.

The Story of a Soul:
The Autobiography of St. Therese of Lisieux