There manifests itself in the fully developed being - MAN - a desire mysterious, inscrutable and irresistible: to imitate nature, to create, to work himself the wonders he perceives. Inspired to this task he searches, discovers and invents, designs and constructs, and covers with monuments of beauty, grandeur and awe, the star of his birth. He descends into the bowels of the globe to bring forth its hidden treasures and to unlock its immense imprisoned energies for his use. He invades the dark depths of the ocean and the azure regions of the sky. He peers in the innermost nooks and recesses of molecular structure and lays bare to his gaze worlds infinitely remote. He subdues and puts to his service the fierce, devastating spark of Prometheus, the titanic forces of the waterfall, the wind and the tide. He tames the thundering bolt of Jove and annihilates time and space. He makes the great Sun itself his obedient toiling slave. Such is his power and might that the heavens reverberate and the whole earth trembles by the mere sound of his voice.

What has the future in store for this strange being, born of a breath, of perishable tissue, yet Immortal, with his powers fearful and Divine? What magic will be wrought by him in the end? What is to be his greatest deed, his crowning achievement?

Long ago he recognized that all perceptible matter comes from a primary substance, or a tenuity beyond conception, filling all space, the Akasha or luminiferous ether, which is acted upon by the life-giving Prana or Creative Force, calling into existence, in never ending cycles, all things and phenomena. The primary substance, thrown into infinitesimal whirls of prodigious velocity, becomes gross matter; the force subsiding, the motion ceases and matter disappears, reverting to the primary substance.

Can man control this grandest, most awe-inspiring of all processes in nature? Can he harness her inexhaustible energies to perform all their functions at his bidding? More still - cause them to operate simply by the force of his will?

If he could do this, he would have powers almost unlimited and supernatural. At his command, with but a slight effort on his part, old worlds would disappear and new ones of his planning would spring into being. He could fix, solidify and preserve the ethereal shapes of his imagining, the fleeting visions of his dreams. He could express all the creations of his mind on any scale, in forms concrete and imperishable. He could alter the size of this planet, control its seasons, guide it along any path he might choose through the depths of the Universe. He could cause planets to collide and produce his suns and stars, his heat and light. He could originate and develop life in all its infinite forms.

To create and to annihilate material substance, cause it to aggregate in forms according to his desire, would be the supreme manifestation of the power of Man's mind, his most complete triumph over the physical world, his crowning achievement, which would place him beside his Creator, make him fulfill his Ultimate Destiny. 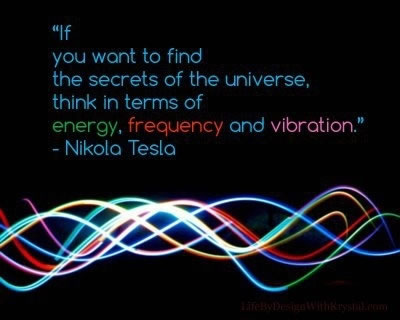 This Nikola Tesla article is from the book Universal Laws Never Before Revealed : Keely's Secrets - Understanding and Using the Science of Sympathetic Vibration 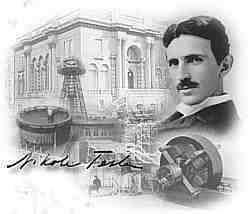