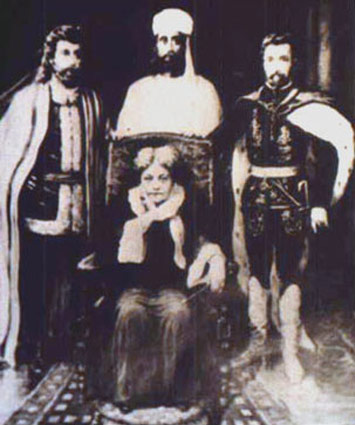 This famous image is actually a painting - not a photo. Masters Morya and Kuthumi Ascended in 1898, while Saint Germain Ascended prior to 1875. (They can appear in a Visible, Tangible Body.) Blavatsky has not yet Ascended, but is working with the Brotherhood and Sisterhood of Light in one of the Inner Retreats. 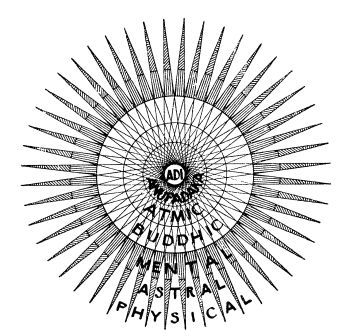 The Masters and the Path   by Charles W. Leadbeater

A Casebook of Encounters with the Theosophical Mahatmas   Compiled and edited by Daniel H. Caldwell

The Liberty Tree   by Thomas Paine

The Source   by Henry van Dyke, with an Introduction by David Tame

The Theogony   by Hesiod

The Life of Proclus - or Concerning Happiness   by Marinus of Samaria

A Hymn to All the Gods   by Proclus

The Hymns of Proclus   Transcribed by Roger Pearse

Roger Bacon and the History of Alchemy   by Edmund Brehm

A Wanderer in the Spirit Lands   by Francezzo, transcribed by A. Farnese

Christmas - Its Origin and Associations   by William Francis Dawson

The Most Holy Trinosophia   by Comte de St. Germain

The Life Everlasting: A Reality of Romance   by Marie Corelli

The Lost Secret of William Shakespeare   by Richard Allen Wagner

Library of Theosophical Literature from the late 1800s & early 1900s


You may click on the name of any of the books below for online reading.

Although there is some correct information in this old Theosophical Society chart, there are also some errors.
For example, what is labeled "third outpouring", should actually be the first outpouring of Light all the way down to the physical.
Serious students of the Higher Realities are urged to attend Acropolis Sophia for accurate information on the Planes of Consciousness.