Why Do We Need New Messengers? 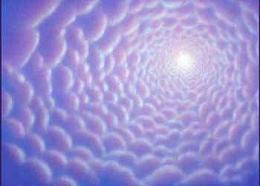 This question, and variations on it, is a common one among those who have been involved with The Summit Lighthouse when they hear about The Temple of The Presence and Monroe and Carolyn Shearer. It is a reasonable question and one that deserves a reasonable, thoughtful answer - and has it one. Some form of one or more of the following objections often accompanies the question itself:

A thoughtful response to the question "Why Do We Need New Messengers", should therefore address these points of concern. Following are ten reasons why I believe that the Ascended Masters have indeed decided to anoint, train, and send forth two new Messengers - with responses to the above concerns included.

10 Reasons Why We Need New Messengers

Master Morya on "other Messengers"

Responding to the questions as to why there should be other Messengers, El Morya explained in 1972 through the Messenger Mark Prophet:

" . . . Some, because they have been led to believe that there would be no other Messengers save Those Who went forth carrying Our Banner in the 1930's, have been disturbed by Our most recent Endeavor sponsored by The Darjeeling Council. By way of clarification, may I say that had the Golden Age come into manifestation speedily following the release of the Knowledge of the I AM Presence and the Violet Flame, and had mankind responded en masse to the Intercession of Great Cosmic Beings who came forth to assist Saint Germain in His Magnificent Service, there would have been no further need for Messengers to carry Our Words to a darkened world. The great tragedy of the age has not been the failure of Hierarchy or of Our Former Efforts, but of humanity to accept the proffered Gift of the Emissaries of Light who came to elevate the race into the Christ Consciousness and the planet into an Era of Freedom, Enlightenment, and Peace. Time and again, due to the unpredictable nature of the human consciousness, Heaven has been forced to remold Its thinking and Its Plans according to mankind's current needs as well as their current abuses of the Law. . . . " *