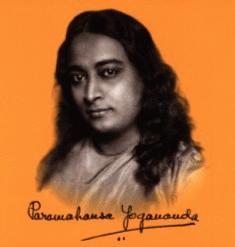 The Needs of Erring Humanity


" . . . For erring humanity both medical and mental help are important. The superiority of the mind over material aids is undeniable, but the more limited healing power of food and herbs and drugs is also undeniable. When employing mental methods, there is no need to scorn all physical systems of cure, for the latter are the outcome of investigation into God's material laws.

"So long as one's material consciousness of the body exists, medicines need not be entirely dispensed with; but as soon as man increases his understanding of the immaterial origin of flesh, his belief in the heaiing power of drugs disappears: he sees that all disease has its roots in the mind."

Wisdom Is the Greatest Cleanser


" . . . My master, Swami Sri Yukteswarji, never spoke of the uselessness of drugs; yet he so trained and expanded the consciousness of many of his students that they used only mental power to cure themselves when ill. He often said: 'Wisdom is the greatest cleanser.'

"Some persons, in both East and West, fanatically deny the existence of matter while they are still so engrossed in flesh consciousness that they feel famished if they miss a meal. . . . The state of realization in which body and mind, death and life, disease and health all appear equally delusive is the only state in which we can truly say that we do not believe in the existence of matter."


" . . . Through maya and man's consequent ignorance of his soul, human consciousness is isolated from Cosmic Consciousness. The mind of man is subject to change and limitation, but Cosmic Consciousness is free from all restrictions and is never involved in experiences of duality (death and life, disease and health, fleeting sorrow and fleeting joy, and so on). In the Divine Mind an unchangeable perception of Bliss is ever present.

"The process of liberating human consciousness consists in training it by study, affirmations, concentration, and meditation to turn its attention away from the vibrations of the gross body with its ceaseless fluctuations of thought and emotion, and to feel the subtler and more stable vibrations of life energy and of higher mental states."

Rely on the Divine Power Within


" . . . Persons whose material consciousness is strong, i.e., those accustomed to thinking of the 'self' as the physical body, need to be gradually guided away from dependence on medicine and other outer aids and taught to rely more and more on the Divine Power within. . . . " (1)

The Illusion of Maya


The ancient Vedic scriptures declare that the physical world operates under one fundamental law of maya, the principle of relativity and duality. God, the Sole Life, is an Absolute Unity; He cannot appear as the separate and diverse manifestations of a creation except under a false or unreal veil. That cosmic illusion is maya. Every great scientific discovery of modern times has served as a confirmation of this simple pronouncement of the rishis.

Newton's Law of Motion is a law of maya: "To every action there is always an equal and contrary reaction; the mutual actions of any two bodies are always equal and oppositely directed." Action and reaction are thus exactly equal. "To have a single force is impossible. There must be, and always is, a pair of forces equal and opposite."

Fundamental natural activities all betray their mayic origin. Electricity, for example, is a phenomenon of repulsion and attraction; its electrons and protons are electrical opposites. Another example: the atom or final particle of matter is, like the earth itself, a magnet with positive and negative poles. The entire phenomenal world is under the inexorable sway of polarity; no law of physics, chemistry, or any other science is ever found free from inherent opposite or contrasted principles.

Physical science, then, cannot formulate laws outside of maya, the very texture and structure of creation. Nature herself is maya; natural science must perforce deal with her ineluctable quiddity. In her own domain, she is eternal and inexhaustible; future scientists can do no more than probe one aspect after another of her varied infinitude. Science thus remains in a perpetual flux, unable to reach finality; fit indeed to formulate the laws of an already existing and functioning cosmos, but powerless to detect the Law Framer and Sole Operator. The majestic manifestations of gravitation and electricity have become known, but what gravitation and electricity are, no mortal knoweth.

To surmount maya was the task assigned to the human race by the millennial prophets. To rise above the duality of creation and perceive the unity of the Creator was conceived of as man's highest goal. Those who cling to the cosmic illusion must accept its essential law of polarity: flow and ebb, rise and fall, day and night, pleasure and pain, good and evil, birth and death. This cyclic pattern assumes a certain anguishing monotony, after man has gone through a few thousand human births; he begins to cast a hopeful eye beyond the compulsions of maya.

To tear the veil of maya is to pierce the secret of creation. The yogi who thus denudes the universe is the only true monotheist. All others are worshiping heathen images. So long as man remains subject to the dualistic delusions of nature, the Janus-faced Maya is his goddess; he cannot know the one true God. (1)

Yogananda is an Unascended Master, currently serving God in Life from the Inner Planes. His birthday in his last physical embodiment was January 5.

Autobiography of a Yogi

How You Can Talk With God

In the Sanctuary of the Soul - A Guide to Effective Prayer

Journey to Self-Realization: Discovering the Gifts of the Soul

The Law of Success: Using the Power of Spirit to Create Health, Prosperity, and Happiness

The Science of Religion

Where There Is Light: Insight and Inspiration for Meeting Life's Challenges

Wine of the Mystic: The Rubaiyat of Omar Khayyam - A Spiritual Interpretation