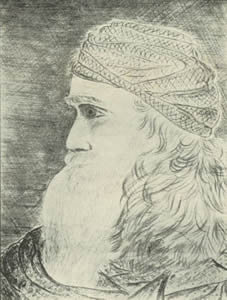 A Dweller on Two Planets or The Dividing of the Way was released by Phylos the Tibetan through Frederick S. Oliver (1866-1899) as His amenuensis over a period of three years, beginning in 1883. It was completed in 1886 and published in 1905. This book goes into great detail about the employment of "dark-side" energy (which today would be called "zero point energy"), antigravity, mass transit, and devices such as voice-operated typewriters. Phylos the Tibetan spoke of a cigar-shaped, highly maneverable Atlantean flying machine, called a vailx, which amazingly resembles numerous 20th century UFO reports. Atlantis was portrayed as a culture which reached a high level of scientific advancement and technology.

Phylos portrays a first person account of Atlantean culture which had reached a high level of technological and scientific advancement. His personal history and that of a group of individuals with whom Phylos closely interacted is portrayed in the context of the social, economic, political and religious structures which shaped Poseid society. Daily life for Poseidi citizens included such things as antigravity air and submarine craft, television, wireless telephony, arial water generators, air conditioners and high speed rail. The book deals with deep esoteric subjects including karma and reembodiment and describes Phylos' final incarnation in 19th century America where his Atlantean karma played itself out. In that incarnation (as Walter Pierson, gold miner and student of Adepts) he travelled to Venus (Hesperus) in a subtle body while his physical form remained at a temple inside Mt Shasta. Describing his experience with the Hesperian Adepts, Phylos relates many wonders including artworks depicting three dimensional hologram scenes that appeared alive.

In a detailed personal history of Atlantis and 19th century North America, Phylos draws the threads of both lifetimes together in familiar and initiatic terms revealing equally their triumphs and failures and exposing the cause and effects of karma from one lifetime to another. His life story is written in personal testimony of the law: "whatsoever a man soweth, that shall he also reap" and as a warning to this technological age to not repeat the mistakes of the past which lead to the cataclysmic destruction of Atlantis ("Poseid, queen of the waves"). 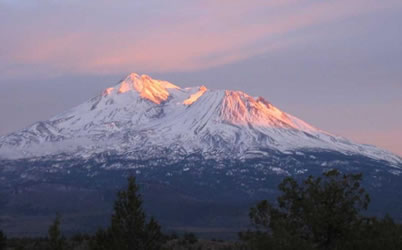 " Yes, we were Atlanteans and even Lemurians, but we are also citizens of Venus who have come bearing the Christ in our hearts and the culture of the Mother, which has brought forth such beauty, such crystallization in Matter of the glories of the Spirit. [on our planet, that you might cultivate that Christ of the Heart and that culture of the Mother on Earth]. Now, beloved, I address you as an Ascended Master and therefore may speak through this Messenger. I am grateful that many have profited from my book, even though there may be a percentage of error resulting from my or another's perceptions. Yet, beloved, these records are true and I bear witness, and I bear witness to much more than that which was written. . . . .

". . . . I say the Quality of God-Happiness is essential to meet adversity, but the pleasure of the senses in excess does surely detract from the straight and the narrow way. Thus, may your forces be focused that you might not perceive your karma alone but have an eye and an ear for others who suffer and, [taking Divine pity upon them,] say thereby, 'There but for the grace of God go I.'

"May you see yourself in every life who suffers. May you know that as long as life suffers, a part of you is suffering with that life, for God is One. May you understand, as the leaves of my book have given up much profound teaching through the Messenger, that the path to be walked is worth every joy that you encounter and every sorrow. For you are sending energy back to God and receiving it again. And as quickly as you send to God Light for the transmutation of error, so as quickly does he send to you Light that is Truth incarnate within you. And this oscillation from your heart to the center of the Sun of your I AM Presence, to the center of the Great Central Sun is the beginning of the acceleration process whereby you shall know that oscillation to the point of the speed of Light and then beyond. . . . "

" . . . . America is beset with the karma that the nation has made since its inception two centuries ago. It is beset with ancient records of Atlantis not yet paid. And it is bowed down by a false teaching that is not that of the Christ concerning this karma, concerning accountability. So many false teachers abound and so little discrimination is exercised, even in the New Age movement. Wherever there is a claim or a personality or a new fad or some other exploration into the psychic, there do they run like chickens for feed.

"Blessed Hearts, find the Truth of Being in yourself. Find others who have that truth of Being. And watch out, for the disease of the carnal mind is idolatry. Most people on or off the spiritual path are idolatrous of themselves, quite pleased with their meager knowledge and even less attainment, which they deem to be great. Know ye not that the first step on the Path is one of humility and self-effacement? The first step beyond this is forgiveness toward all life.

"Do not jump into the arena of learning to be a psychic channel. Do not jump into those areas where you again jeopardize the soul. For this channeling is a form of spiritism and it does rob you of the very sheath of light that does protect the physical body and the chakras, and this energy once spent is not replenished. Thus, when you experience exhaustion instead of a recharge in the presence of a channel, know that your energy is being drained to sustain that communication, which cannot be from an Ascended Master if it does drain you. . . . "