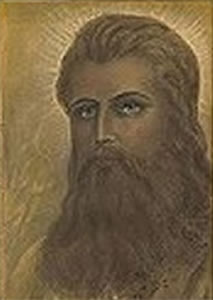 "As the Light streams forth from My consciousness imbuing your Christ Mind with the streaming Needle Ray action of Christic Fire, you are drawn to the patterns of your True Identity, that Identity sown into the folds of your own ThreeFold Flame at the beginning of your first incarnation in the world of form. That identity as a pressure brought to bear upon the elemental bodies that fashion your vehicles of consciousness in to form allowing you to carry out the very many initiations of your Christhood. Many of you have thought that the initiations began in earnest with your first incarnation but I tell you the greatest initiations are those that you will face in the final cycle of your sojourn of Earth before taking your Ascension. This is because, Blessed Hearts, by necessity you must externalize the Fires of your own Heart Flame and draw forth from your Mighty I AM Presence the Currents of Light to establish the acceleration that will fulfill your Divine Plan, balance any remaining karma that must go into the Flame and ultimately imbue your mind with all of the Patterns of the Identity of your own God Presence, for it is that Identity that you are made in the likeness. Over time, due to the karma that you have engaged, you have distorted some of the appearance that you would otherwise exhibit, though it is understood as the nature of the trials and initiations that you must go through. Nonetheless, you cannot suppose for one moment, that if there is a blemish upon the screen of your outer vehicles - your emotional body, the mind or the physical body - that somehow you are not prepared or have not been diligent to the Flame of the Heart.

"Do not always judge your attainment by the outer vehicle you wear. But yet would it not stand to reason that as you were internalizing more of the Harmony, the Love, the Wholeness of your own God Presence in your body temple, you would desire to outpicture that Presence as much as possible even while walking the Earth and living the life of the initiate. Resurrections Flame burns ever brightly for those that invoke the Light of the Christic Fires. And it is that Resurrection Flame that renews your bodies into that initial Blueprint and Identity of your own God Presence desiring.

"Yes it is true that your Presence can determine your outer appearance, how you will approach a particular incarnation, to whom you will be born, calling father and mother and embracing a new earthly family. All of these affairs are in Divine Order according to the Divine Plan for your lifestream and in many cases for initiates drawn to the Ascended Master Teaching, the determination of the Karmic Board. For oftimes in your latter incarnations they will weigh most heavily upon the acceptance of where you will embody, what you will accomplish. For remember Blessed Hearts, the untransmuted karma is a great pressure indeed and can alter much of your lifetime if you were to allow it to go unchecked by the Violet Flame and merely float through your many incarnations.  . . . "