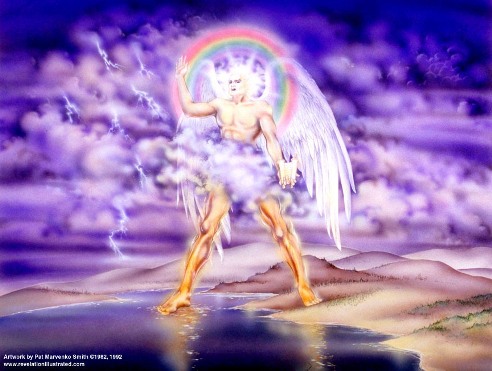 The Angel Clothed with a Cloud and a Rainbow Above His Head and in His Hand a Little Book gave a public Dictation once during the late 1970's through the Messenger, Elizabeth Clare Prophet.

"And I saw another Mighty Angel come down from Heaven, clothed with a cloud: and a rainbow was upon his head, and his face was as it were the sun, and his feet like pillars of fire.

"And he had in his hand a little book open: and he set his right foot upon the sea, and his left foot on the earth, and cried with a loud voice, as when a lion roareth: