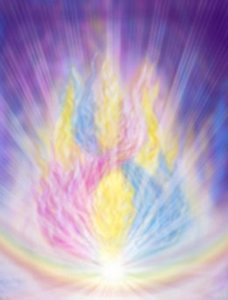 We honor Paul Center, a Student of the Ascended Masters under the Messengers of The "I AM" Activity, beloved Godfre and beloved Lotus, Who has Ascended and become One with His Beloved Mighty I AM Presence in the Victory of the Ascension.

Paul Center was the original sponsor of the "I AM" Group of Detroit. Mrs. Ballard had described Paul Center's Ascension as the "fastest Ascension" She had ever observed. Paul was back in His Ascended Master Body guarding his Beloved "I AM" Temple of Detroit within 10 minutes after He had left His physical body in late September 1968 - just a few months after the Detroit riots, and following which the Tigers won the world series coming from 2 games behind - reuniting the various people of that battered city in the happy victory celebration. (4)

Ascension Research Center is an independent student research project. At the bottom of every web page on our site, we make it clear that this web site is not associated with, or sponsored by, any other organization, including the Saint Germain Foundation. The intent of this presentation is to inform students of the Light throughout the world of the existence of the Ascended Masters' Instruction, as originally presented by Mr. & Mrs. Guy W. Ballard in 3,834 Dictations from the Ascended Masters from 1932 through 1970. The Saint Germain Press publishes the Ascended Masters' Instruction in the original form without being mingled with teachings from other sources.