The Lost Years of Jesus:
On the Discoveries of Notovitch,
Abhedananda, Roerich, and Caspari 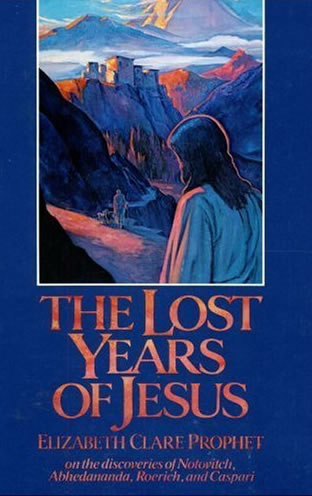 "Your Jesus was here."

The Gospels record Jesus at the age of twelve in the Temple. Then about age thirty at the River Jordan. That leaves approximately seventeen years unaccounted for.

During those so-called lost years, the child "increased in wisdom and stature," as Luke wrote. But was it in the carpenter shop at Nazareth?

According to ancient Tibetan manuscripts, Jesus secretly withdrew from the home of Mary and Joseph at age thirteen. Young "Issa" joined a merchant caravan. Destination: India and the Himalayas.

At Juggernaut, "the white priests of Brahma made him a joyous welcome. They taught him to read and understand the Vedas, to cure by aid of prayer, to teach, to explain the Holy Scriptures to the people, and to drive out evil spirits from the bodies of men."

Nicolas Notovitch discovered the long-lost document in 1887 at the Himis monastery in Ladakh.

Swami Abhedananda published a Bengali translation of the Himis manuscript in 1929.

Nicholas Roerich quoted the same verses in a 1929 travel diary of his Asian expedition.

And in 1939, a beaming lama at Himis presented a set of parchments to Elisabeth Caspari with the words:     "These books say your Jesus was here!"

Now you can read the controversial stories of these travelers together with the original Buddhist scriptures on the most important events that shaped the life and work of the Saviour Jesus Christ.

An historical breakthrough that will shake the foundations of modern Christendom! 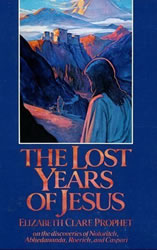 The Lost Years of Jesus