The Ascended Masters of Wisdom Speak on
the Ascension 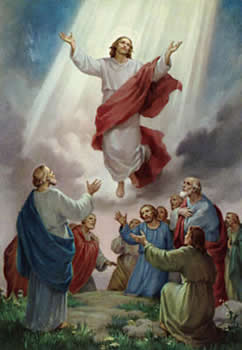 "The journey of the Spiritual Self, through the world of form, represents a long and variegated series of experiences which, in time, allow the consciousness to absorb enough Wisdom and beşcome Master over the qualification of enough energy to meet the Cosmic Law's demand. Such an one is then graduated from the evolutionary chain and allowed to function in a more Perfect Sphere of expression, according to the voluntary choice of the individual. The graduation of the lifestream from the necessity for re-embodiment is the ultimate achievement toward which all students upon the spiritual path aspire. At the solemn hour of the Ascension, the lifestream faces a great decision as to what its future service to life will be.

"The few who choose to renounce the full Happiness and Freeşdom of the Cosmic Heights, to remain as the Guardian Brothers of the race, from whence they have Ascended, enter the ranks of the Great White Brotherhood, and assume the responsibilities of some Great Intelligence, who has volunteered to perform a speşcific service until some member of the race might develop suffişciently to take over such an activity. The Brotherhood is conşstantly looking for such material and when even one such indişvidual is found, the guidance, training, and preparations for the development of the lifestream to a point where it may be vested with more-than-ordinary powers, is indescribable to the human mind."


"During the course of centuries of time, each lifestream who has embodied on the planet Earth has developed certain defişnite talents and powers of accomplishment, through the volunştary investment of life energy to specific interests. This is known as a "momentum' of healing, teaching, musical or artistic genius, as the case may be. It is an integral part of the lifestream's harvest, woven out of the energies of the Heart, and is the only heritage of human endeavor which is allowed enştrance into the Higher Spheres and which Ascends with the conşsciousness at the moment when the Earth-pull is released from the soul at the close of the final incarnation.

When the Lords of Karma examine the individual for the last time, preceding the Ascension, the fully-gathered momentum of the lifestream's service to life is presented for consideration beşfore the Karmic Board. If the lifestream is found ready to be freed from the wheel of birth and re-birth, the disposition to which the individual puts his gathered momentum of service must be made, before the actual ritual of the Ascension takes place."


"When the Christ Self of the individual signifies to the Cosmic Law that the individual is ready to be released from the chain of birth and rebirth, the sponsor secures a hearing before the Karmic Board, whose duty and responsibility it has been to weigh the strengths and weaknesses of the soul through all the centuries that preceded this development. The individual's "book of life" is examined, the lifestream, itself, has audience before the Karmic Board, and the assent of this board is requisite to the freedom of the soul from further re-embodiment.

"Because of the exercise of free will, the individual may, howşever, refuse to accept its freedom, preferring to re-incarnate to furşther some particular cause to which it has devoted its energies through many centuries. If such an one does refuse to accept the Ascension, it is always with the clear understanding that such forfeiture makes the lifestream personally responsible for the creşation of any future karma that might enchain the soul again, and thus not allow the opportunity for full freedom when, and the soul should change its mind in the future."


"Individuals who have been offered the Ascension because they had expiated their individual karmic debts and had gained mastery over energy and have renounced that Freedom to better serve mankind, are among the holiest Sons of Heaven. They wear upon their foreheads a spiritual identification in the form of an open lotus, that is easily discernible to all whose inner eye is developed.

"No other group of beings, human or Divine, have this particuşlar spiritual mark, and wherever they are encountered, the Supreme Intelligence of the universe bows in acknowledgment of their Presence, their Sacrifice, their Love. When these individuals do finally accept their Ascension, this lotus is amplified and even in Heaven's Highest Spheres, it is a permanent identification of their love and service to life that all who run, may read."


"After the individual has appeared before the Lords of Karma, and they have accepted his readiness to graduate from the Earth's sphere, he must signify, after deep and sincere meditation, as to whether his Christ Self chooses to avail itself of this Opportuşnity, or whether there is more to be done in the world of men. Those who remain after their karma is expiated, like the Master Jesus, belong to the sainted Order of the Lotus Flame. Those othşers stand at a forked pathway, where again the individual free will must make the decision as to whether the lifestream taking the Ascension will pass on into the comparative Peace and Hapşpiness of the Higher Spheres, or remain as an active worker in the Great White Brotherhood, in actual contact with the lesser-evolved sons and daughters of Earth.

"Those who choose the bliss of Nirvana turn over the enerşgies within their momentums of healing, musical accomplishşment, or whatever the case may be, to Devas who incorporate those energies in the beautiful Fire Temples, whose Radiation and Power serve the Earth and its peoples, and they really "will" their Heritage to mankind, but take their own Conscious Selves into Realms that no longer have any connection with the struggling lives on the Earth plane."


"After countless centuries of bondage, you can well imagine the Joy that is experienced when the fetters of Earth, the limitations of the flesh, and the veil of forgetfulness are once and for all reşmoved from the lifestream. To attempt to describe those first instants of Eternal Freedom, is as futile as to attempt to put into finite words a suitable description of the Personage of the Godhead. Suffice it to say, that at the very instant such Freedom is experienced, the lifestream is immediately faced with a free will decision as to whether it shall soar upward into the Cosmic Heights of Peace and Happiness, or Ś with the glow of Freedom still fresh in the Heart - turn again to voluntary bondage and centuries of endeavor with the limited consciousness of mankind through some office in the Great White Brotherhood. It is no wonder that few choose this sacrificial road, and that the many leave their momentum of good for the race, but choose individually to be free of any more of its personal karma."


"When the soul is passed by the Karmic Board, and the karmic debt is balanced to life, if the individual chooses to accept furşther incarnations, he does so at his own "peril" because he must submit, as do the volunteers from other planets and systems, to the same natural laws that bind every incarnate Spirit. From within an embodied form there is always the possibility of misşusing energy or creating new karma in a successive life, which would become a fetter not to be waved aside by the Karmic Council, but which must be mitigated by the self-conscious enşdeavors of its creator. Thus, ofttimes an individual who has been offered the Ascension and renounced it for service, has not been able to qualify for that Ascension for as many as twelve emşbodiments thereafter. It is not an easy decision to make.

"If, however, the lifestream does take incarnation "without sin," as I was privileged to do, and succeeds in passing through an entire Earth life without succumbing to any temptation to mis-use energy, such an one may accept the Ascension at any moşment during that Earth life. This was what made My Cosmic Exşample possible, for through the great Mercy of Life, and the asşsistance of the Lord Maitreya and others of the Celestial Host, I was enabled to keep My lifestream ready for the instant when the Cosmic Call of the Presence could be made, and I Ś self-conşsciously Ś answered it through the public manifestation of the Ascension."


"If the individual chooses to accept the Ascension when ofşfered it by the Cosmic Board, it is then up to the Presence of such a one, together with the particular Sponsors of the lifestream, to work out the details preparatory to that beautiful ceremony of drawing the purified consciousness into the Christ-estate. Many factors are considered, and every natural assistance is provided in the preparation of the place, at which it is to be accomplished.

"In my own case, it was several months after I had passed the final testing before the Karmic Board, until I was enabled to finşish up my affairs and retire to the home of a beloved Friend in the heart of the Transylvania Mountains and prepare for this ulştimate experience of Earthly Victory. Here, I was joined by my Spiritual Teacher and at a given instant, at the call of the Presence, I left the arms of My Dear Friend, and Ś with the help of My Teacher Ś entered the Realms of Perfection, from whence I shall ever strive to assist My brothers and sisters who yet remain on Earth, until they, too, experience the Happiness and Peace of this Victorious Accomplishment."

These Dictations were released through Geraldine Innocente and published in the The Bridge to Freedom Journal, January 1953.