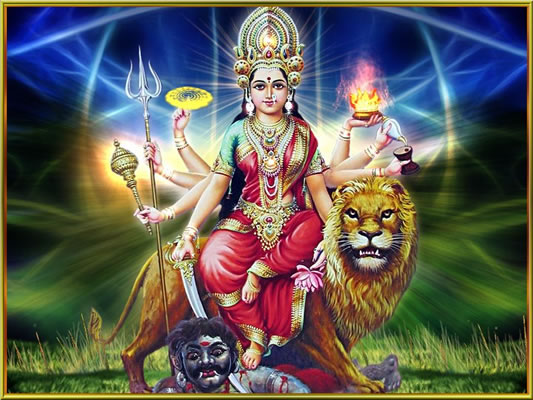 "Why, in the twinkling of the Eye of God you can know the dissolution by the Fire of the Ruby Ray  which is the All-Power of the Love of God  of any condition of consciousness, want or lack, ignorance or the poisons five. (4) All of these can go instantaneously! It is a question of the power and quickness of the mind, the faith of the heart, the absolute desire for God and God and God and more God until the saturation point is there and you truly are Gods in manifestation.

" . . . Lo! I AM come and I clear the way in the Matter cosmos for all those souls of Light who must embody (and many of them through you) that they might attain the Krishna consciousness, the consciousness of Sanat Kumara, Gautama Buddha, Lord Maitreya, Jesus Christ, Kuthumi and every single manifestation of God everywhere.

"Lo, they come! Lo, they descend! And I descend first into your temples, fathers and mothers and sons and daughters of God, that you might once again rejoice in bringing forth souls and endowing them with those bodies, minds and hearts that have the fierceness of Shiva and Durga  the fierceness to stay and still stay and stay again until every last demon is bound and is either converted unto the Lord or is consumed by the Sacred Fire of his own denial of that Lord. 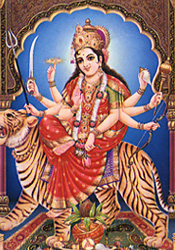 Durga is also known as the "Consort of Shiva". Shiva's action is crystallized in the world of form through his Shakti, or feminine counterpart, who appears in various forms. As Durga, "Goddess Beyond Reach", she is the fierce defender of her children, terrible and menacing to her enemies.

"This Divine Energy of Mine, consisting of the three modes of material nature, is difficult to overcome. But those who have surrendered unto Me can easily cross beyond it."   Bhagavad Gita As It Is 7.14

Durga, December 31, 1991   Pearls of Wisdom®, (Livingston, Montana: The Summit Lighthouse, 1987), Volume 35 Number 5, December 31, 1991;   Copyright © 1997 Church Universal and Triumphant® Walker, Barbara G.   Woman's Encyclopedia of Myths and Secrets, (HarperCollins Publishers, 1983) Prophet, Mark & Elizabeth; compiled by Annice Booth   The Masters And Their Retreats (Montana: Summit University Press, 2003) The five poisons. In the teachings of Tibetan Buddhism, there are five poisons that are of ultimate danger to the soul's spiritual progress. These are counteracted by the wisdoms of the Five Dhyani Buddhas, who provide the antidote for each poison: Ignorance, antidoted by Vairochana's All-Pervading Wisdom of the Dharmakaya. Anger, hate and hate creation, antidoted by Akshobhya's Mirrorlike Wisdom. Spiritual, intellectual and human pride, antidoted by Ratnasambhava's Wisdom of Equality. The passionsall cravings, covetousness, greed and lustantidoted by Amitabha's Discriminating Wisdom. Envy and jealousy, antidoted by Amoghasiddhi's All-Accomplishing Wisdom, the Wisdom of Perfected Action.