You Are The Hope of The World

"Hail! Sons and Daughters of God! I Surya, Elohim of Akasha, come with my Legions of Angels! We stand in your midst to minister to each one still laboring under fear, under doubt, under all manner of travail and worry. For yes, Blessed Hearts, it is my desire that you rise into a greater understanding of the Strength of God that burns within the White Fire Core of your Being. So that here and now you might unfurl the Banner of your own Threefold Flame and take Dominion over your life! Henceforth never to be shoved about or intimidated by mortal consciousness, by the riptides of vicious emotion so prevalent in the land, or by all manner of chaos rampant on the world scene.

"Yes, Blessed Hearts, We come when Earth and her embodied Sons and Daughters need us most! We come when you need a greater impetus of our momentum of God Reality! And God Reality you shall receive! Indeed, this is what We intone with every Bolt of Blue Lightning, with every thunderous, rolling Intonation of the Soundless Sound that issues forth from out the Allness of God and ripples across the entirety of the physical plane! You, Blessed Hearts, are hereby brought under the invincible canopy of Our Protection! It is afforded to you because you have been trained to elevate your consciousness into the Allness of God, knowing that in your pure desire, your God Presence will answer your every call! Well, your call is answered! Not merely by your own God Presence  as if that were not enough  but by Elohim! And We have come throughout this cycle so that you will know that Earth is not forsaken. We stand with this Earth and her evolutions, resolved that the Golden Age shall come forth, regardless of outer appearances.

"O Blessed Hearts, how often have you desired to be lifted into the bosom of the Heart of God and coddled as a little child? But I tell you, it is not always the Divine Wisdom of your Mighty I AM Presence to allow us to perform this service on your behalf. Rather, in the fullness of your very own God Mastery, you must train your outer vehicles to stand, face, and conquer. You must learn to function in that keen-eyed Vision of the Mind of God, charting your course, moving through your day-to-day life, and fulfilling your Fiery Destiny. That Destiny, Blessed Hearts, is forever impressed upon the Altar of your Heart and must manifest  if you will but clear the way and allow the Light to shine forth. This is our Standard of Perfection!. . . " 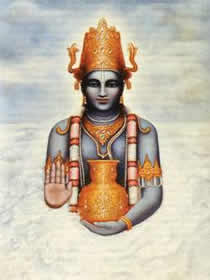 The Power Flame of the Peace from the Great Great Silence

"Tonight, for your Blessing, I wish you to accept within yourselves, if you will, if you care to, the Power Flame of Our Peace from the Great Central Sun. Tonight I want you to experience the Pressure of the Power Flame of Peace. I have many reasons for this, and it will bless you infinitely forever. . . . "

"We want you to gather a Tremendous Power of This within your Electronic Circle of Life - not only within you - but everywhere you move in your Electronic Circle; because if you do gain This with enough intensity, you will find, by Conscious Command, you will be able to hold control of action of the elements around you. It was this Momentum within and around the Beloved Master Jesus that was the Power He exerted when He commanded the waves to be still. He used the Words, 'Peace, be still!' and the Pressure of that Power Flame within and around Him - which was His Love to Life - stilled the actual turmoil in the water element. . . . "

"Practice sending Intense Feeling of the Power Flame of the Peace from the Great Great Silence, which is a Love so great nothing can disturb It, because It is the Central Powerhouse of the Universe. When you draw This within yourself and hold It within your Electronic Circle, as you intensify and expand That, you will find It is a tremendous Health-giving, Strengthening, Illumining Power within and around you, and will enable you to accomplish many, many things, with almost no effort.

"You will have very great results from using This in a very short time, because there isn't a human being who will keep the body still for a few moments, just completely relaxed - but not go to sleep, keep the mind alert and the feelings alert, and then command the body to feel the Power Flame of the Great Great Silence - the minute you do this, there is a certain Essence which comes from your Higher Mental Body into the outer self; and the Power Flame of Peace for which you call from the Great Central Sun sheds Its Radiance in and around the outer self and begins to condense Its Substance within you. You can build This to such Power that the Substance becomes solidified around you; and It will bring such Peace to all Life that you will feel like a Pillar of Steel against disturbing conditions, and that which approaches you will have to be still and harmonious. . . . "

"You must form the habit and clear the way and receive That within you - the Power Flame - into yourself, until It builds within you Its own Blazing Presence, Its Inner Essence, Its Substance from the Heights of Creation. And in doing that, It raises the vibratory action of the atomic structure of your bodies into greater and greater nearness to the Higher Mental Body, and nearer to your Ascension. . . . "

"It is Infinite in Its Blessings, and We do hope you will take time enough and just feel It come into you several times a day. Then, after you have made the Call, hold That Quiet and That Loving Peace within you as long as possible. . . . "

" . . . To many life is only a fable because its realities have never been sensed; in hopelessness and despair men have embraced the dust only to see it crumble and to be blown they know not where. Life is not emptiness but fullness; but if the fullness be misqualified, it may be a fullness of emptiness. And so I ask all to turn within to the Radiant Sun of Divine Reality.

"We speak of centers: the Center of the Heart, the center of the mind, the central eye of Light, the capitals of music, of art, of drama, and of the high culture of the temple. We speak of Sun Capitals and of Star Capitals and of Cosmic Citadels. But, from the least unto the greatest, there is always one quality that responds and evokes response. Call him Father, Mother, God, Eternal Presence, or Infinite Being, he would convey only the best Gifts to His children. Except ye become as a little child, ye cannot enter in.

"In flinging away from the heart the cares that so momentously deprive one of Reality, the sheltering arms of Nature are perceived. His Beauty and Compassion are an outshining. Within the root is sap, in the green leaf is photosynthesis; there softly diffused Light glows. In your Spirits that inhabit your bodies there is stamped the memory of Him. And all the while that this Beauty remains, as if crucified and pierced with many a thorn, there is the Hope that leaps in consciousness, as a Flame in a Solar World or in the Heart, and speaks His Name.

"Darkness flees, chaos becomes order, purpose is born: Love engulfs life. Selfhood is bestowed, and Christ is perceived as the Healer of nations and of men. With little toys we play no more. We become men. Once again the Kyrie Eleison is heard from Universal Power Ranges. Angels are not figments of men's imagination, adorning figurines in the marts of commerce. They are communicants of the Higher Ideals.

"Life as Surya loves is life as God loves. Life as you love is life as God loves. In our Sun-Harmony, in our Sun-Perfection, we communicate upon the Cosmic Lute the Love Notes that are the Architects of Peace and Harmony. Men grasp a fragment of Reality overlaid with dust. Through their own carelessness, they fail to wipe away the dust and see the Beauty there. They cast it aside, and a fragment of God is rejected. . . . "