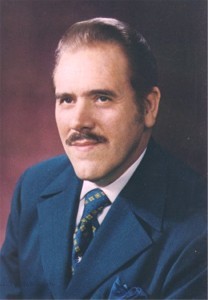 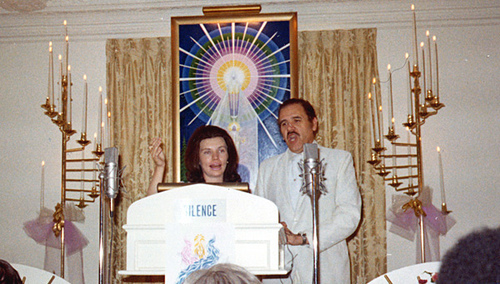 "I feel very much at home in the surroundings of those who have their attention on God. For My Attention was on God when I walked with you. Now I AM able to hold that same Focus of attention on the Light to help and assist each one of you to expand God Awareness within your world. Yes it has been but a short time since I was with you. And many might say 'How could you reach the level of Buddhic Consciousness in such a short period of time? Once you are Ascended, does it not take a longer time to gain that Mastery?' Beloved hearts, yet you set up a limitation on your own God Victory. Yes, I Lanello stand before you to witness to the God Reality of the Abundance of Light, the Light of the Great Central Sun, which is within your grasp.

"As I walked with you, as I delivered the Dictations from the Ascended Masters, I looked through the Eyes of Those Ascended Beings. I was aware of Their Conscious Thought, their Conscious Feeling, and the Vastness of the Horizon of Their Gaze. Once I had envisioned myself in that Ascended State, there could be no other Goal in sight. There was no glamour, there was no glitter, there was no gold. There was only God. If you were choosing from these same four 'G's', would it not be God? Have you contemplated that you would put aside all of the gold, all of the glitter, all of the glamour, or would you try to hold onto it all and hope that maybe there would still be time for God?

"How did I hold my gaze on God so firmly with all of the comings and goings of the physical plane? I will tell you. It was by the Flame of Joy, for when my attention would span the horizon, as did the Ascended Masters, I would see the sparkle and the Light of the hearts that I would touch when I too was Ascended. I could see little children coming into embodiment, into a new and better world, free from all the torment, all the horrors, which are so prevalent in the days in which you live. I knew I would have that Opportunity at Inner Levels of affording such change.

"But always it is necessary for there to be those in embodiment, who have the desire for God, to interact with the Ascended Masters. It is not simply a one-sided affair, for no one-sided affair is ever fulfilling. The desire, beloved ones, for the completion of the goal of the Ascension is the desire to give that goal and that vision to each and every lifestream that is ready to hear. Those who will remember me know that I was never quiet, that I could be boisterous, that I loved Life. But I loved Life only when it contained God, for past a certain point in my life in the physical, there was not the need for all of the things of the world. There was only the desiring for God.

"The Light of the Ascended Masters is available for each and every lifestream to reinforce their own positive momentums. We do not say that we will do it for you. It will take a more than ordinary exertion of Will, of Love, of Illumination. But it is possible and you are capable individuals. No matter how much karma that you may feel that you have mounted, you can make your Ascension at the close of this embodiment. There is NO - I repeat - NO amount of karma that cannot be balanced by the application of the Law, by the Violet Flame and by Service to Life. Then there is only one remaining element to be considered. Do you want God? Do you want to be Ascended? I have heard some say that they do not want to Ascend, for they do not know what it will be like. They do not know what to expect. Through the ages, as much as the Law would allow, the Ascended Masters have tried to paint the Life, the goal, and the nature of the Ascended State.

"As you have heard, the Etheric Cities are available for those who would be of service and work more closely with mankind. There are many planets, many civilizations that need experienced, Masterful Beings of Light to work with their developing evolutions. The Mastery that you gain each day is building toward the time when you may be offered such an Opportunity. If you choose to waste time, to squander the hours, to put aside your striving until another day, are you sure that you will be prepared? The only sense Of urgency is the immediate need for the realization of God in your world. Once you have felt the Light of God, once you have experienced the fullness of the I AM Presence, you will not turn back. There will only be a moving forward, and the rest of your embodiment will only be as the trek up the mountain. First here and then there, searching out the Path, making your way back to the God that has shared that trek and is the very essence of your Being.

"Many earnest students let themselves get sidetracked. Many do not understand that keeping the focus of the desire of their Heart on God, allows for the Holy Christ Self to guide the individual, keeping them from harm's way. We are not talking about electing a vocation that would take you away form anything that is the necessity for the fulfillment of your lifestream. We are talking about a state of vibration, a state of consciousness. It is not necessary for you to turn your back on the world. Quite on the contrary! It is time for you to look at the world, but look at the world through the eyes of your own God Presence. Experience the fullness of the Beauty, the Joy, the excitement, the Christmas-morn anticipation of the little child. This is the Joy of the Path. And when you are able to perceive the Joy, you perceive the full Abundance of God. Oh, it may seem that we are solemn at times, and it may seem that we are intense at times, but the Joy of fulfillment at the end of the cycle is so overwhelming, you find that sometimes you don't want to disturb one erg of energy. You do not want to move one tiny muscle for concern of losing the full experience of that Joy.

"My gratitude to the students is great, for I see the time when you will be marching across the earth, taking the Light and Joy of the Freedom Flame, shining that Light into every corner, and expanding the Love that is the Love of the Buddha for the ALLNESS of God. I, Lanello, will stand with you with my Blue Cape 'round about your shoulders and We will be Victorious - if you elect to make God the goal of your life. All else matters not, but will matter greatly if you allow it to blot out the new vibration of GOD.

"I will stand for the Buddhic Light within your world to bring Peace and Joy as you move forward on your path up the mount to the very TOP. 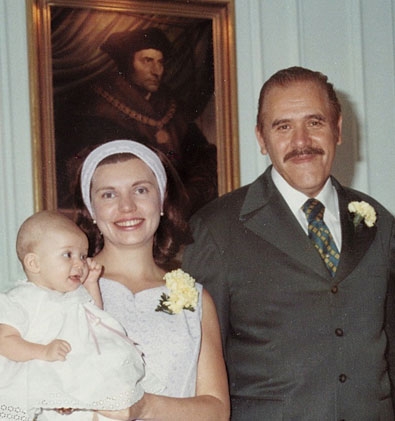 " . . . I AM here and I AM there! I AM in Heaven  and oh, the Glories of Heaven  and I AM on Earth, here in the Heart of my twin flame. And lo, I AM everywhere in the Consciousness of God. Oh, the newfound Freedom of the Ascended State! How I have looked forward to telling you that life begins not at forty, not at eighty, but when you Ascend! . . . .

" . . . Our concern is first with the lack of the Cosmic Honor Flame in governments across the nations of the world. Our concern is that in the absence of the keeping of that Flame, all forms of distortions of God-government have manifested. I do not wish to alarm you, and yet I cannot fail to warn you. Times are gravely critical, far more so than it appears on the surface. In fact there is a surface quiet across the earth; and it is a quiet not of peace, but a quiet before the storm. And what is that storm? And what is its nature? So you ask me, as I have asked the Lords of Karma. Mankind have sown the wind, and they shall reap the whirlwind. There is no alternative. Perhaps there might be an alternative if suddenly great numbers and masses of people should come to the feet of the Ascended Masters and immediately begin to give forth the invocations that you have so faithfully given over the years. All things are possible with God, and hope is always present. But we in the Ascended Masters' Octave must also deal with the practicalities of life, and the practicalities are these: Mankind have not turned toward the Light in generations and centuries and millennia past. And the handwriting on the wall, which is the projection of their human consciousness into the days ahead, does not indicate that they will, as they have not, change their basic natures of selfishness and self-seeking.

"I was there when Abraham asked the Lord to spare the city for ten righteous men, and I know that within your hearts this night you would also do the same. Whatever the number is that the Lord requires of righteousness today, I AM certain that He would spare the Earth her travail if it were possible. There is no desire on the part of the Godhead to punish mankind, but the Law requires a balance; and so it is the balancing of the energies of Life with which we are concerned. . . . "

The legacy of Mark Prophet's work is vast. He worked tirelessly to publish the Teachings of the Ascended Masters and to lay the foundation for the continuation of this work by his wife, Elizabeth Clare Prophet. Beginning in 1960, he held quarterly Conferences to deliver Dictations — Addresses or Messages from the Ascended Masters — and to explain Their Teachings. In 1961, he founded the Keepers of the Flame Fraternity under the direction of the Ascended Master Saint Germain.

Between 1958 and 1973, Mark L. Prophet gave more than 1,000 Dictations from various Ascended Masters, Archangels and Cosmic Beings. On February 26, 1973, Mark Prophet made his transition and reunited with His God Presence in the Ascension. He is now known as the Ascended Master Lanello and serves in the Hierarchy of Earth as the Chohan of the Second Secret Ray of Authority.

Saint Mark, a past embodiment of Lanello