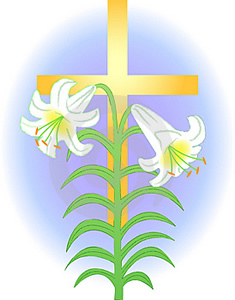 The Ascending Cone of Power

" . . . Blessed Ones, the inevitable disillusionment and failure that befalls so many who have striven within their traditional religious pursuits stems from the lack of Purity in the focus of their attention. There was not the goal-fittedness of their life anchored in the Consciousness of the Mighty I AM Presence, disseminated to each of their vehicles of consciousness. There was not the ability to keep out the astral incursion of psychic energy that can befall those who have never been trained or empowered to push their ascent all the way through the astral and psychic planes into the Higher Octaves of their own God Presence and know that that is where their Life is! That is the Source of every Good and Perfect Life Expression! Not lifestreams merely toying with mortal diversions that facilitate and tantalize, swelling personalities with spiritual pride, or inflating egos touting they have arrived when they have not. It is a backward disintegration into the same dreary unreality that has been reoccurring since the beginning of the fall of mankind from Grace and Truth.

"Blessed Hearts, the Earth has a glorious future to behold, and We would not have you focus too much of your attention on the ills of the world and not realize the glorious Divinely Ordained future for the Earth. For in that is your Hope. In that is the possibility of lasting change for good because you are able to hold the Vision for a Golden Age for the Earth! You are able to build a momentum sufficient to reach that Golden Age. There is enough Purity in your consciousness because you have loved God enough and cared enough about the Truth of His Presence to make the difference for the Earth.

"Do you suppose that within your exalted consciousness there was room for even one selfish thought or impulse of self-aggrandizement when you began your journey as the glorious I AM Presence moving through the Realms of the Causal Body around the Great Central Sun? Or when your Presence moved on into other dimensions to learn, to become masterful, to gain the attainment required to even take your first incarnation in the Earth? Assuredly not. For if anything, Blessed Ones, you were filled with devotion to the Allness of God for the opportunity to do more, to become more, to establish more of God throughout His vast Creation.

"Do not think for one moment that even your Devotions before your altars daily are merely for your own Ascension, though you keep the goal of your Ascension in mind. They are establishing the Ascension Current by the outward penetration, the circumference of your momentum of Light as it pulsates out and in with precision. As you become masterful with your Calls, you are able to expand the Fire in your own life, to expand your own Hearts Light as it ripples out  and as I have described before  connects with other Heart Flames of like mind, like energy, like vibration, and of common goals. This expansion continues to elevate the consciousness of all whom it contacts.

"Whereas the chakras have been quiescent before, the precision of this Ascending Current engenders both a spinning action and a vertical ascent through the hub of each center, creating an upraised ascent to the Heart of your own God Presence. This is the secret of connecting with the Mighty I AM Presence. When there is enough of the Mother Light flowing through your chakras to right the axis of your own spiritual life force, you have each of these spiritual centers knitted together that allow the elevating of your consciousness to the Presence, and yes, the release of the God Power that is concentrated there. . . . " 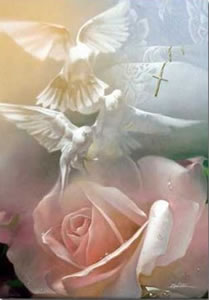 "Face the Sunshine of your Presence once again! Feel Our Luminous Presence and Our Arms about you! Feel the Love from Our Hearts pour through your Hearts. Feel the Mightiest Purity in all the Universe come down and enfold you, and melt away that which has been of human discord! Close the door on the memory of all that did not lift you unto the Heights, and consider it no more than passing from one room into another. Your experiences may have been severe, but what of it! You are out of them and isn't that important? You have been through many severe experiences in many embodiments all through the centuries. Just shut the door on the memory of the human and from this hour henceforth, face the Light from whence you came. Remember - It is your Eternal Home and in that Light is Purity, Love, Happiness, Peace, and a Quiet in the feelings, which this surging seething discord in the outer atmosphere of Earth can never reach.

"So long as you dwell in the feelings of the emotional body and allow them to make you happy one moment and distressed the next, you will never come to Permanent Peace and Perfection; but to arise into the Light and Mastery of your own Higher Mental Body, means to abide in Eternal Happiness, to hold the control of conditions about you wherever you move, never again to know distress. ETERNAL HAPPINESS DOES NOT COME FROM ALLOWING THE FEELINGS OF THE HUMAN SELF TO HAVE THEIR OWN WAY! That is what has created the discord, but to arise into the Feeling of the Higher Mental Body, the Christ Self of each Life Stream, and TO FEEL the Love, Purity, Beauty and Perfection of Eternal Youth from the Ascended Masters' Octave, which can be charged around you as a Living Flame, means Eternal Happiness and Mastery throughout the Universe! "