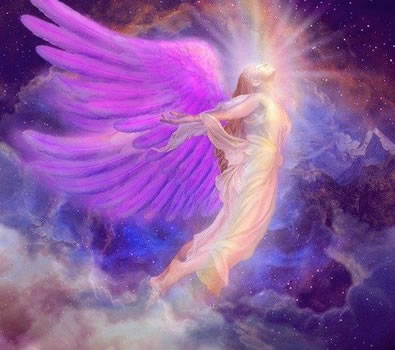 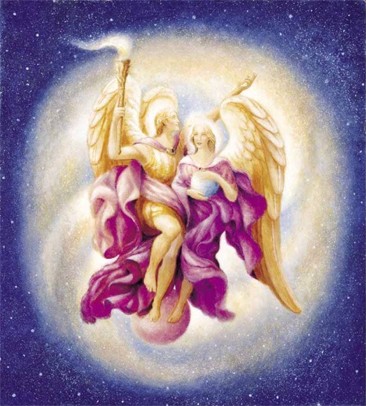 
"The flowing of the streams of Immortal Power with Grace and Transmutative Love is an eternal process guarded and protected by those magnificent Beings assigned by the Most High God, the Mighty I AM Presence, to that specific Service to Life. I AM come this day in the Radiance of my beloved Consort, Lord Zadkiel, to charge into your world a mounting understanding Grace concerning the use of the Sacred Fire.

"As I am speaking to you this morning, the Crystalline Light Rays of Archangel Zadkiel have intensified a matrix within this room designed to give you greater comfortability and grace in moving about in these dense spheres where so much Light is needed to penetrate that substance which mankind has misqualified. By placing their attention upon wrong things, mankind have — as it were — glued themselves to human concepts. Consequently, they find it to be a most difficult problem at times to extricate themselves from those outer world conditions which surround them. The Great Hosts of Light by Their tangible Service to Life manifest Hope to mankind, Hope that will free them from the oppression and shadow of enclosing darkness. May they be instilled thereby with the desire to weave in Peace the Immaculate Pattern of their own Destiny and find that Harmonious Expression which will enable them to be true Sons and Daughters of God.

"Beloved ones, the magnificent etheric Temple of Our Lord Zadkiel remains today over the isle of Cuba as a great Focus of Transmutation. It is, of course, most regrettable that conditions below on that beautiful island should be so much the result of mankind's desecration of the great Light of God that beats and sustains their Hearts. I trust that you will understand that the Angels of the Violet Fire are very active throughout the world. Yet, due to the misuse of human will, We have not been able to free the people of Cuba from the intensity of the crystallized control of the communist forces which today black out almost completely in the minds of the Cuban people the true understanding of their being.

"Mankind today have demonstrated entirely too much apathy and lethargy concerning this desecration of Light near the bastion of Freedom in America. It is also regrettable that the karma of this apathy must descend upon the innocent. And we hope, therefore, that mankind and especially those enlightened chelas of the Ascended Masters will awaken before it is entirely too late and use with greater intensity the Violet Flame from Our Temple upon the Cuban people. This action is so needed, beloved ones. It is so necessary to have advocates in human form who will faithfully make the calls for the release of that energy to dissolve and purify the recalcitrant energies which would thwart every Holy Purpose.

"We have enough Energy in Our Focus and Retreat, beloved ones, to release the people of the whole Earth, if it were called into action. Do you not think it lamentable, beloved ones, that mankind do not call the Light into action enough? The calls for the Violet Flame, invocation after invocation, made by those blessed ones who hear My Voice are so much appreciated. Beloved ones, it is necessary that the number of individuals be increased who will give these Decrees rhythmically, faithfully, and sincerely to the Light of God for the release of that Energy that will free the world from all the oppression of the ages. . . . " 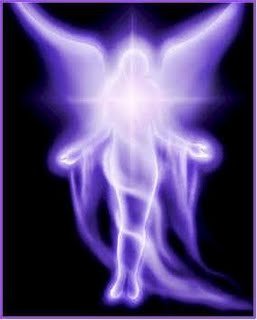 Meditation music: "In His Time"